With the deadline coming close, I did a first test drive for a IoT air humidifier: 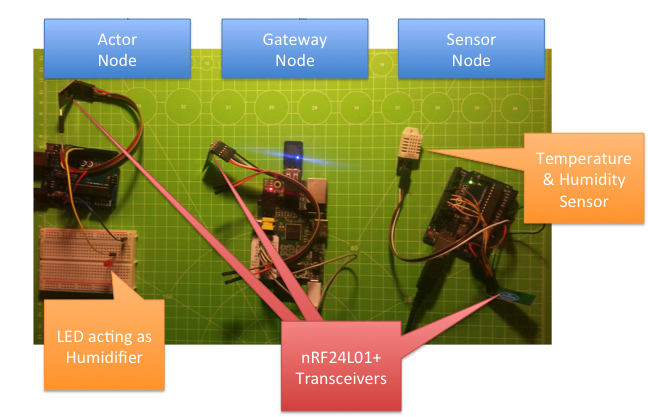 The actor node subscribes to the topic Bittailor/PiOne/Node2/Actor/Switch to control the LED which acts as Humidifier.

And finally Node-RED, also running on the gateway, is used to wire the control logic. 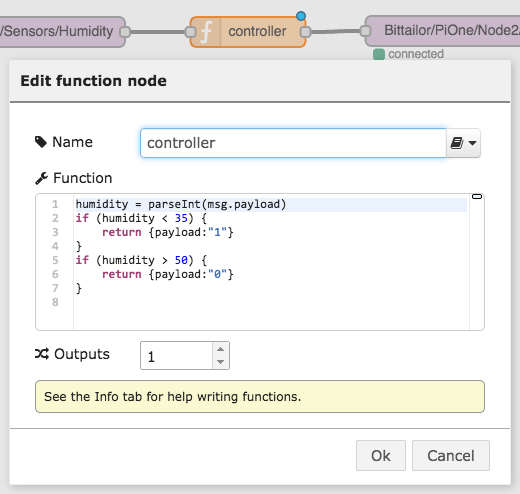 So lets make some dry air and see if it works.

The code for the nodes and the MQTT-SN gateway can be found on . It still needs some further development and clean up, but now I have to heat up my soldering iron and solder my sensor node PCBs.