Let’s dive into some details after the last post gave an overview of my project idea. 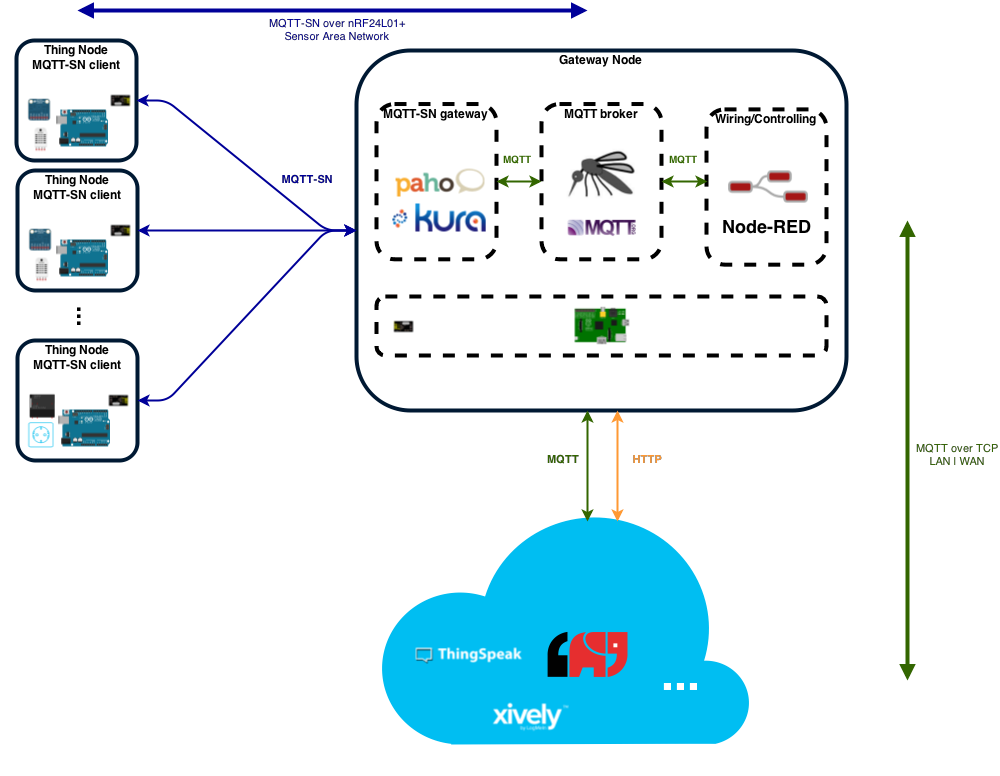 All the sensor and actor nodes will be based on the Arduino open-source physical computing platform. They will use a nRF24L01+ ultra low power 2.4GHz transceiver to communicate over the wireless sensor area network. They will use MQTT-SN to publish the sensor data and subscribe to actor commands.

I will create two types of nodes:

The gateway will be built with a Raspberry Pi. It will use a nRF24L01+ 2.4GHz transceiver to communicate over the wireless sensor area network. There will be three main services on the gateway node:

The wireless sensor area network will be built based on the nRF24L01+ ultra low power 2.4GHz transceivers. I will use them since the are very popular in the maker area, very inexpensive and widely available. The transceiver provides a link layer that features automatic packet assembly and timing, automatic acknowledgement and retransmissions of packets. On top of this a simple tree based sensor area network layer will be implemented on the sensor and actor nodes and on the gateway node. No fragmentation and reassembly will be implemented in the sensor area network layers, therefore the maximum packet size is restricted and so is the the maximum length of a MQTT-SN message.

enough about ideas … let’s go to work and have FUN